Water Security for Peace and Development

The 9th World Water Forum, Dakar 2022, took place in Senegal from 21 to 26 March. Germany was among those represented at the event with a joint stand hosting German private sector and development cooperation actors.

‘Women and girls spend more than 200 million hours each day carrying water. Some 2.1 billion people are forced to drink contaminated water, and 80% of wastewater is discharged into the environment without prior treatment, endangering the health and lives of 4.5 billion people,’ Senegalese President Macky Sall said in his speech at the opening ceremony for the World Water Forum in Diamniadio, Senegal, on 21 March.

The World Water Council organises the world’s largest event on water every three years in partnership with a host country. Dakar 2022 was the first time since its inception in 1997 that the event had been held in sub-Saharan Africa. The theme of the ninth forum, which attracted around 8,000 participants and 1,000 institutions, was water security for peace and development.

The Senegalese President used the occasion to refocus attention on the threats associated with water scarcity as a source of conflict, and urged stakeholders to put this issue at the heart of the international agenda. ‘The lives and health of billions of people all over the world are at stake. But also the preservation of peace and international security,’ Sall added.

As a leading bilateral donor in the water sector, Germany was represented with a stand hosting German development cooperation actors and stakeholders from the private sector. These included the Special Initiative on Training and Job Creation and its partners, the German Confederation of Small and Medium Sized Enterprises (BVMW) and German Water Partnership e.V. (GWP), as well as the Business Scouts for Development programme (BSfD) and German private water and wastewater companies. The participation of German companies was organised by the Task Force on Senegal and German Water Partnership.

The German pavilion was officially opened on 21 March by Jochen Flasbarth, the State Secretary in the German Federal Ministry for Economic Cooperation and Development (BMZ), Amadou Hott, the Senegalese Minister of Economy, and Irène Mingasson, the EU ambassador to Senegal. Minister Hott emphasised the importance of Germany’s increased private sector involvement in Senegal, especially through medium-sized companies. Drawing around 400 visitors each day, Germany’s stand attracted a great deal of interest from the experts attending the event, with President Sall himself even making a stop at the German pavilion.

A highlight of the programme for German representatives was an informational event on 23 March entitled ‘Made in Germany – What’s behind the quality promise? Innovative German water and sanitation technologies and qualification approaches to ensure sustainability of investments’, which was organised by BVMW and GWP.

During this session, several German companies showcased innovative technologies and training approaches in the water sector. These included Sewerin, a company from North Rhine-Westphalia that has developed a technology used to quickly identify water leaks. Sewerin has been active in Africa for more than 20 years and has, among other things, set up a local training centre.

German companies contributing to the achievement of SDG 6

Stephan Kunz, manager of GIZ’s country programme in Senegal within the Special Initiative on Training and Job Creation, stressed that Senegal generally has many well-trained engineers, but often lacks in-depth knowledge of planning, implementation, maintenance and repair processes. Together with European and African businesses, Invest for Jobs in Senegal is already working to improve the skills of young people in more than 10 sectors.

Claudia Pragua, Head of BMZ’s Water, sanitation, hygiene division, noted that we still have a long way to go to achieve Sustainable Development Goal (SDG) 6: Clean water and sanitation for all. But German companies, which generally enjoy good standing in Senegal, could develop customised solutions by leveraging flexibility and innovative approaches, thus making a substantial contribution to reaching this SDG.

During a visit to Diourbel, a town located around 150 km east of Dakar, which was arranged by Invest for Jobs on 26 March, participants from BVMW and GWP visited a project run by Sidio Group. This Senegalese company works to advance sustainable economic development in the Diourbel region, an area that includes Touba, a pilgrimage destination that is home to 1.5 million people and also a trade and political centre.

The issue of water is right at the top of the development agenda in the region, as efforts to supply the public with clean water there are being hampered by a variety of factors, such as soil salinisation and a lack of technology to drill for water and install drinking water systems. Working in partnership with Sidio Group and German companies, Invest for Jobs wants to train young people in the area, pass on technical skills and create jobs in the long term. Three water-related projects with German companies are currently under discussion in this context. Invest for Jobs is also currently conducting an environmental study in Diourbel to develop solutions to waste and wastewater issues with the help of the private sector. 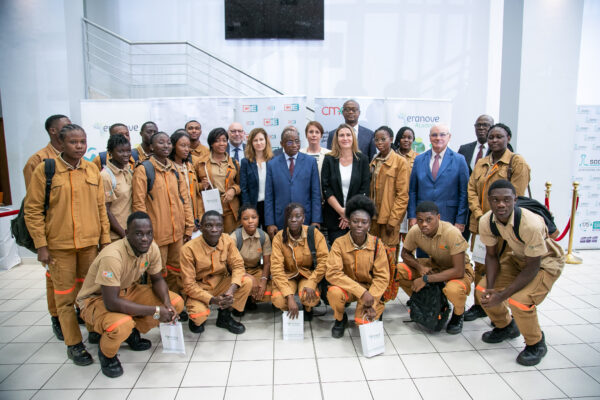 Starting Signal for a Professional Training Academy in Côte d’Ivoire

The consortium around the company Eranove successfully applied for a grant by the Facility Investing for Employment. The Facility is part of Invest for Jobs. On 26 January 2023, the grant contract for 5.17 million euros was signed in Abidjan. In three years, 14,000 people will attend the various training courses offered by the academy and more than 1,100 jobs are expected to be created. Read more 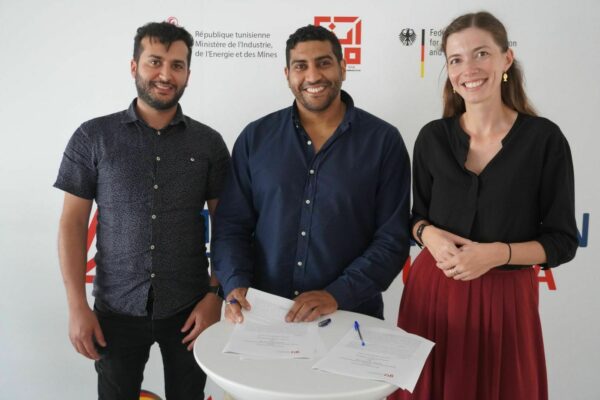 Nearshoring in Tunisia through Soft Landing takes off

Since its launch in June 2022, the Soft Landing initiative of Invest for Jobs in Tunisia has facilitated the arrival of 10 European and African IT companies in the country. In return, the companies committed to create over 100 high-quality tech jobs for Tunisians. Read more 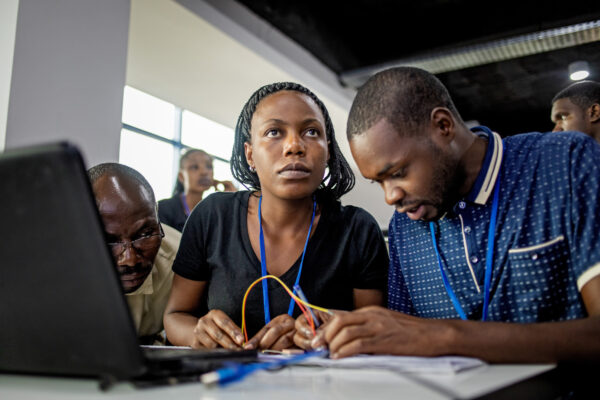 New focus and name for the Special Initiative

To implement BMZ’s development-policy priority areas in the 20th legislative period and to address changing global challenges, the Special Initiative on Training and Job Creation will have a new name and focus. As of January 2023, it will be called Special Initiative "Decent Work for a Just Transition". Read more